3 steps to create and email automated release notes in Jira

What are release notes generated from Jira?

A release notes is a standard document software teams have to create at the release of a new software version. It functions as a journal for existing users and potential users getting ready to make a purchase decision. If you create release notes in Jira, it is also useful for people researching the history of the product.

The release note tracks the changes introduced in the new software version, communicates about new features and lists fixed bugs. A release notes contains mostly static information that already exists in Jira that just needs to be organized. It makes it easy to create automated Jira release notes. The release notes from Jira can be emailed automatically, attached to an issue, or saved to the file system.

You can create a custom release notes document from Jira using Better PDF Exporter for Jira. The PDF exporter Jira app comes with a dedicated release notes template that you can use without modifications after installing the app. You can freely decide what issues to include in the created release notes, as you are not restricted to a version.

The release notes created from Jira will download automatically.

The release-notes-fo.vm template chooses the first "fix version" of the first issue from those you collected in Issue Navigator to create the release notes.

You can adjust the template to create release notes for the last released version. It is the version that was released closest to the current date in the project that contains the first issue.

Release notes for the next unreleased version

You can adjust the template to create release notes for the next version. It is the unreleased version with a release date closest to the current date of the project that contains the first issue.

You can create release notes from a sprint in Jira by choosing the "Release Notes" export option added by Better PDF Exporter.

Better PDF Exporter for Jira places export options not only on the Issue Navigator screen but on other relevant screens as well. You can start exporting Jira issues directly from the Jira Service Management queue (on Data Center/Server), agile backlog, or sprint board screens.

If it's not available right away when you install Better PDF Exporter, you might need to add that export option to this screen.

Follow this step-by-step guide on how to create release notes from Jira and automatically email them.

The branch rule makes sure to apply the action to issues related to the issue that triggered the action. This includes anything from sub-tasks to epics or even issues you define with JQL. In this case, the rule will work with issues "fixed in version".

Tick the box that says "Process all issues produced by this trigger in bulk". This will avoid a flood of emails per issue.

Select the built-in release notes template for exporting the PDF document. Add a title to the PDF and define who should receive the automated release notes email from Jira. Type in the email subject and body as well.

Now with every release, an email will go out to the recipients set in the automation rule. You will also have a collection of release notes in PDF format for posterity, tweets, quarterly reports, etc. 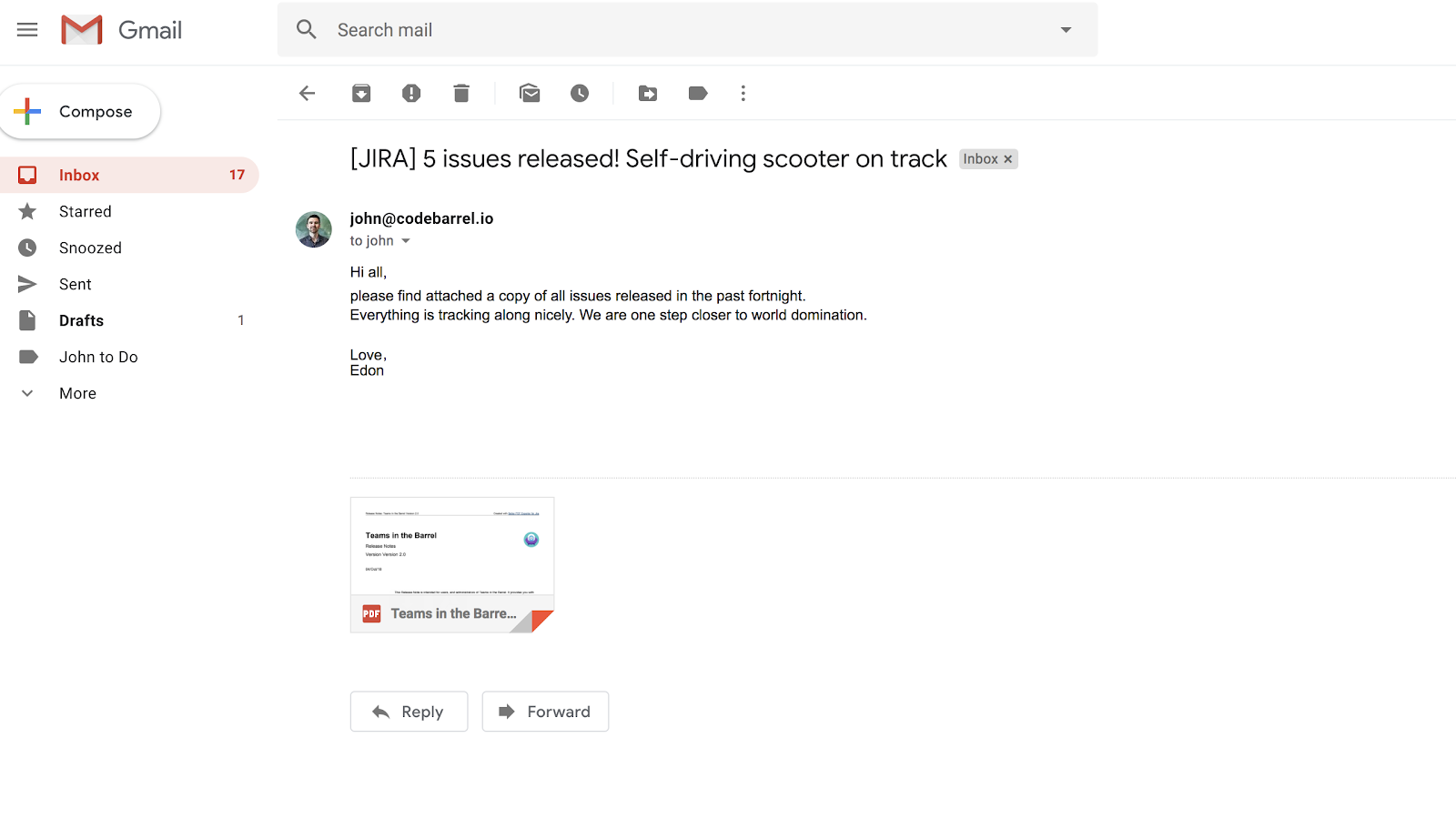 The PDF document was created based on a template that is pre-built for automated Jira release notes documents. This template comes with Better PDF Exporter, so you have access to it right away after installation.

The release notes template categorizes new features, enhancements, and bug fixes without configuration. You can also adjust how you want to structure the release notes PDF document that was exported from Jira. It gives the document a clear and easy-to-read layout right out of the box, that appeals to both engineers and business leaders. 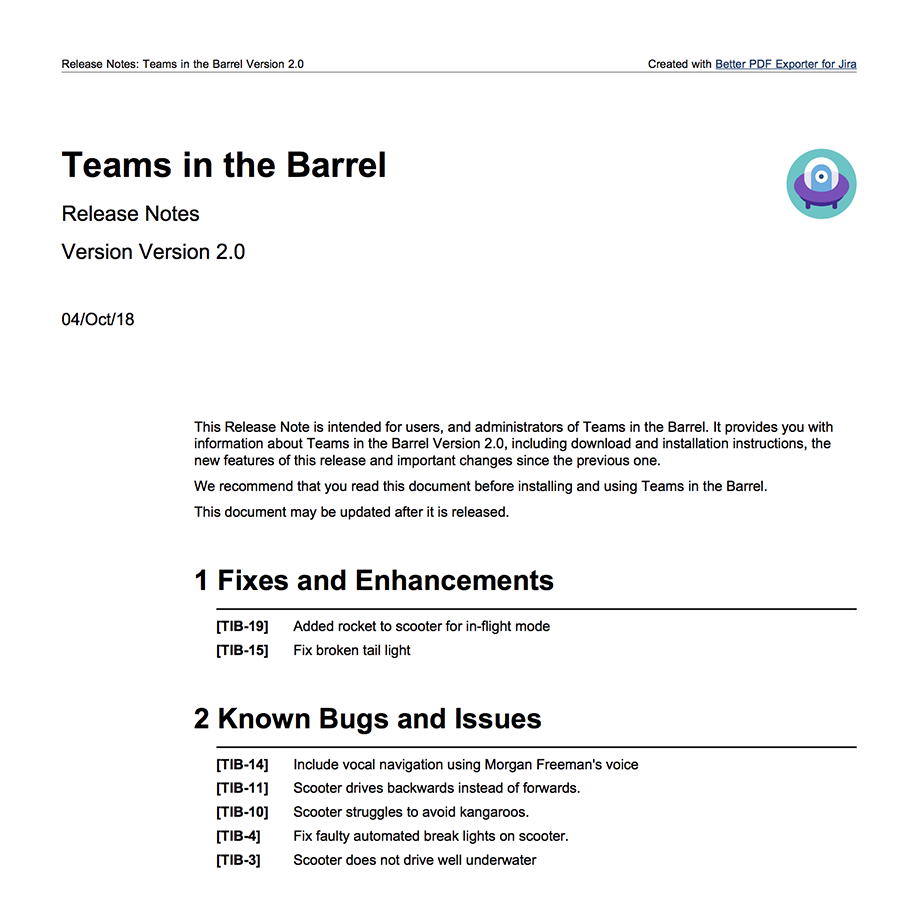 The complete release notes PDF is formatted and easy to read

How to get started with Jira automated release notes?

First off, make sure you have all the component apps to make automating PDF exporting work. You will need to have these installed from the Atlassian Marketplace:

Once you have the apps in place, you can start setting up your rule as described above.

If you have any questions or ideas, let us know! We love to hear how you automate!