What is Git Integration?

Git Integration is the most advanced Jira app to integrate the Git version control system with the Jira platform. It supports all major Git servers, including Git itself, GitHub, GitLab, BitBucket, Microsoft Azure DevOps Repos, AWS CodeCommit and Gerrit.

(Need more features? Tell us in a support ticket!) 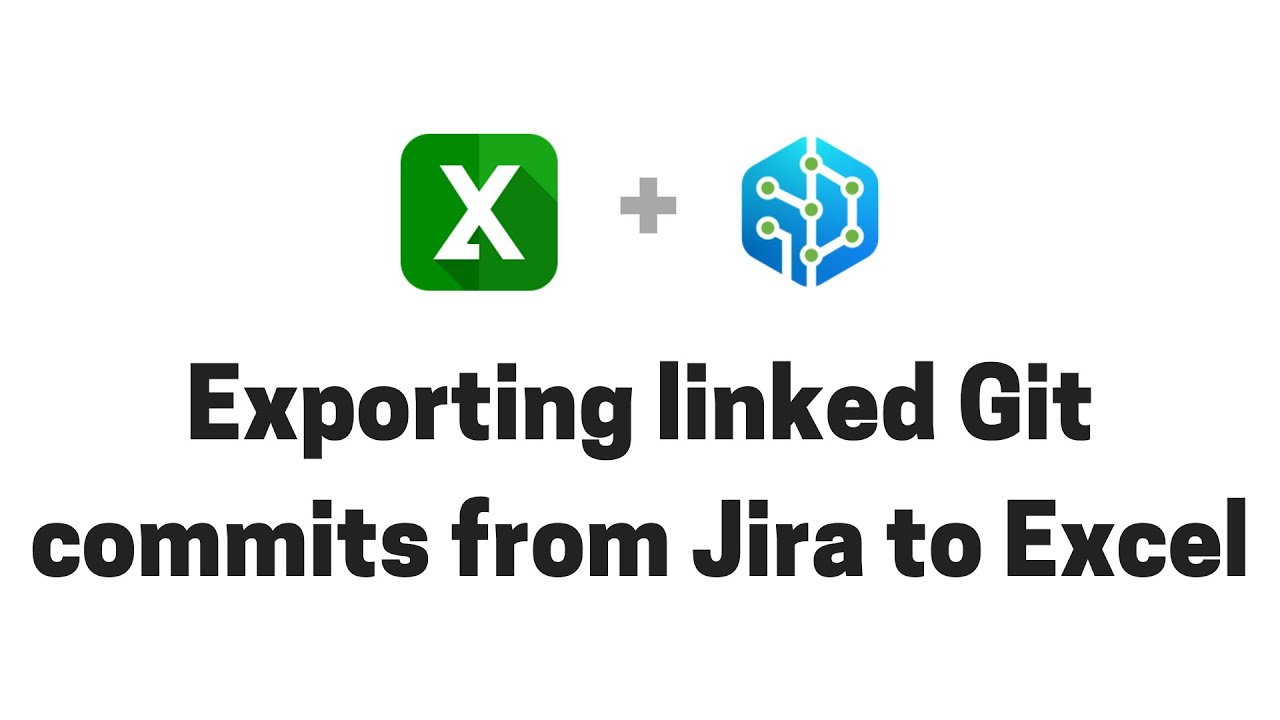 Using the issue-navigator-with-git-commits.xlsx template, you can export your Jira issues using the Issue Navigator columns plus additional columns that contain the Git commits linked to the issues. Git commits are exported to Excel with these details in the right: repository, branch, commit ID, author, creation time, commit message, commit notes, and changed files.

This status report document lists the state of all the Jira issues in a Scrum sprint in an Excel spreadsheet. Using the two Git Integration custom fields, it also shows whether an issue has Git commits associated with it (gitCommitsReferenced column) and which Git branches were affected if any (gitBranch column).

The git-report.xslx template allows reporting on the Git commits linked to your Jira issues, in order to measure every step of your development process. This sample has the following reports: commit count per issue, code changes (lines added and deleted) per issue, commit count per author, commit activity per repository (timeline per year and week) and author activity (timeline per year and week). Feel free to customize these Excel reports or add your own!

Note that the Git Integration custom fields will be available in every Excel view. There are additional views that are specific to Git Integration and are disabled by default. Don't forget to activate those!

There is nothing to do. Better Excel Exporter will automatically recognize the Git Integration managed fields and export them accordingly.

There is a couple of configuration options for the git-report.xlsx template.

The reports in this template use Git commits as source data, but they ignore merge commits, by default. For example, commit counts exclude merge commits, because we think those are not the same type of contribution as "regular" commits which introduce actual changes to the code. If you want to include merge commits, change this in the A2 cell of the template:

to this (basically remove the "where" condition that filtered out merge commits):

Finally, please note that in Git the same commit can appear on multiple branches, e.g. on "master" and on "feature/x" after "feature/x" was merged to "master". In this case, that commit is counted twice in the reports! If you find this confusing, you can narrow down the reports to a single (or more) branch by using the "Branch" drop-down in the top.

By default, only the last 1000 commits are exported for each issue, to avoid unexpected load and memory consumption during the Excel export. It can be configured via this variable in the git-integration-tool.groovy script:

As this integration relies on the Git Integration REST API, you need to configure the login credentials of a valid Jira user account for the REST API calls in the templates:

Finally, the following section describes a confusing situation when all REST API calls result in "Server returned HTTP response code: 403" or "401" errors. If you are not affected, you can skip this section.

Why does this happen? As its default behavior, Jira will lock your account and present a CAPTCHA on the login form after a few unsuccessful login attempts. Since the Git Integration integration may send several REST API requests per export, all using the same username and password, the unsuccessful login attempts limit can be reached very quickly if the password is wrong.

How to fix it? You just have to pass the CAPTHCA verification, that's it. First off, be 101% sure that the REST username and password are correct. If those are, but you are still receiving 403's, please open Jira in your browser, logout and login with the same user account which you configured for the REST calls. You will be asked for a CAPTCHA verification, but after answering that and logging in to Jira, the REST calls will also be successfully executed!

Please note that it will never happen again, unless you change the password of the corresponding Jira user account.

If you are an administrator, there is also a quicker solution: go to Administration → User management and clear the failed login attempts counter with one click. Or, you can increase the allowed login attempts or even disable this feature altogether in Jira.

Branch names are not exported with pre-3.6.0 Git Integration versions